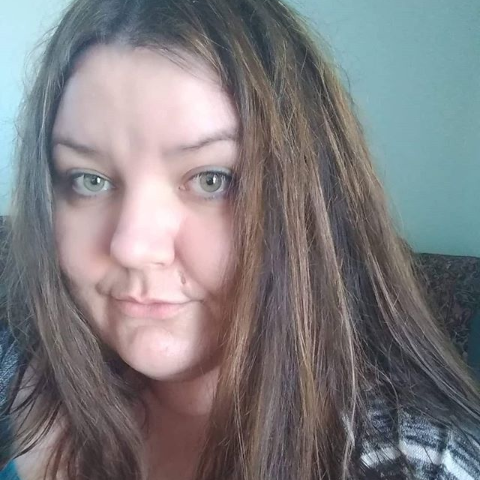 What an honor it is to be asked to guest blog!

I began writing in my pre-teens, yes, those years when you are just trying to discover yourself and what you want to do with your life. My writing was largely based on the country and western songs I grew up on, filled with cowboys and wild stallions running loose in the Wild West. I tried my hand at poetry but was never any good at it. It seems I am incapable of rhyming! I let my writing hobby take a backseat and only pulled it out on occasion when required for my schooling. My teachers said I had a knack for it, but it was no longer a priority in my life. Fast forward ten years and I took out the looseleaf and began writing stories that I thought would be geared for adults and new adults, but upon rereading them years later, well, they were just embarrassing.

Though I struggled with getting into the habit of writing again and improving, I couldn’t let it die again as it had in my youth. I did not have much. I only had a desire to put words on paper. I’ve been an avid reader from childhood. I’m sure that helped with my desire to write. They say if you don’t find what you want to read, write it yourself. Perhaps that’s what I did. It’s certainly what I’m doing now!

In my twenties, I began writing again in earnest. I was rusty, but there was joy in it coupled with a heavy dose of escapism, it helped get through some rough times and dark days. Those are some of the stories I wish I had held on to. It seemed I would just finish one and I would start another, then another. By the time I turned thirty, I had written at least five novellas, which, looking back, isn’t a lot, but they were a great start. It showed I had the determination to keep writing, though I lacked some discipline.

I began developing deeper and risque storylines, and after a pivotal point in my life- my conversion- I was ashamed. I knew I had talent. I particularly excelled in description.  I knew I loved to write, but I couldn’t bring myself to write again after seeing all that my imagination could come up with was not fitting in with my new life.

It didn’t take long before I shut down writing.

One day, about a year later, I was reading about the talents (Luke 19), and how it is not pleasing to the Lord to bury them. Within a few weeks, my blog My Mina was born. I shared several blog posts with my dad and he balked at the length of them. Is a blog supposed to be under 5k? Oops! Regardless, I began to consider compiling them all into a book, and that is what resurfaced my writing.

Since that moment, I have written a devotional (the compiled My Mina), and added a shorter edition with all-new material for those that don’t have the time to read lengthy devotionals with their daily devotions, Occupying Til He comes.

From there, I determined I would write for the glory of God, in nothing bringing shame or dishonor to God or His people.

I have since written an apocalyptic book, Now Endure. The Left Behind series by Jerry B Jenkins and the late Tim LaHaye fascinated me as a youth, and so I have offered my take on it with the opposite viewpoint (post-tribulation rapture). It reads like a dystopian and is one of my favorite books from my early days of writing.

Shortly after penning Now Endure, I lost the father of my children to substance abuse, and began to write There Goes My Heart, the first in the Never Let Me Go trilogy as a way to heal. The next book in that series, Chasing a Memory is a WIP and I hope to release it late this year, 2021, to early 2022. It turns out writing alone doesn’t mend the heart!

Two of my favorite genres are time travel and historical fiction. Twisted Time was released this year. It’s the fascinating story of an orphan who finds old tunnels beneath Beebe, Quebec, the city she is sent to live in. The tunnels were once used for bootlegging and other illegal activity and through them, she transports into the years just before the American Civil War. I added Canada's involvement in the war. As a Canadian, I have done my due diligence to bring my country into all my stories, and this is the first novel I’ve written that takes place in my town. It was such fun to write, and the research was incredible!  As I was riding around the town one day, I realized that the story was not finished, though published. Out of it sparked a prequel, Forced Farewell, which is yet another WIP. Forced Farewell is the story of the Acadian Deportation in 1755. It will be released in early 2022.

I found one old manuscript, Her Heart’s Beat. I wrote it in my early twenties and revamped it a bit to reflect my current writing style. It is a Christian-based story for tweens and teens.

I found myself wanting to have a bit more liberty to write, so I began to write under a pen name, Sonja Ebersole. Under her, I have written the Unquenchable Devotion series based in the Far East. The first book, Unquenchable Pursuit won several amateur author awards and is certainly one of my favorites. I’ve been told it reads like a Disney movie, though I’m not sure I can see it! You tell me!

A decade after I began writing in earnest, now in my thirties, I have been encouraging my children and my nieces to write. Each week, I gather them for a creative writing class where I give a simple prompt and we write together. It’s such a joy encouraging the rising generation to do something so creative and productive with their time!

Two years ago, utilizing NaNoWriMo for youth, my daughter and I co-wrote our children’s book. Paranoid Potato and Baby Spud’s Marvelous Adventure is silly- our own story of what happened to us on our “trip of a lifetime”. It was more for memory’s sake, special for us than anything else, but I thought it would be a grand adventure for the two of us to introduce it to the world.

I had so much fun writing children’s books- what a joy to be a part of the molding of this new generation!- I had to continue in the genre, at least for a while. After Paranoid Potato and Baby Spud’s Marvelous Adventure came The Life and Times of L’Amour the Kitty and two years later, I released the Tignish Chronicles. The Unicorn of the Sea and its sequels are based in more small Canadian towns! It is an adorable time traveling, family-oriented series full of nostalgia. There are a total of four books in the series. As we speak, my daughter is illustrating it. We hope in 2022 to release a special edition with the books combined with illustrations. It’s coming along beautifully!

Lastly, I have begun to publish and continue to write the remaining two books in my Kissing the Night series. Kissing the Night and Embracing the Night are published so far. This series has so many twists and turns I am running to keep up! It is drama, new adult, and crime all in one. It tells the journey of a young woman that is floundering, much like many are today, and gets involved with situations that will rock her world forever. It includes dark topics such as child trafficking and honor killings, and I hope it will raise awareness.

If I could give a tip to those who are thinking of throwing in the towel. Don’t. Not yet. Put your writing aside and take a look at your life to evaluate what your goal is. What was the original purpose of your writing? Have you strayed from your purpose? Is there a way you can turn back to go on the right path to fulfill this goal? Take the time that you need to search yourself. Writing isn’t always for fame or glory, or even to make it rich, but if you have a true calling for writing and have a message of importance to share, don’t disqualify yourself. Take a breather.

In conclusion, there have been many highs and lows in this writing journey I’ve embarked upon so long ago. I wouldn’t change it for the world and hope to inspire others, young and old to pursue their goals.

Though I am a simple self-published author, I am thankful for the opportunity to present my writings to others. I hope that all my books, in one way or another have an impact, whether raising awareness or just bringing back fond memories and the love of family. It’s an honor to use this talent to its fullest, and it can only improve and go up from here.

Your time is valuable to me, I hope that you have come away from this with something of worth.

Jessica Gallant/Sonja Ebersole lives in the Eastern Townships of Quebec.She is mother to two teens- her daughter is her protege. She is the indie author of sixteen books available wherever Amazon gives service. Jerry Bridges, Liz Curtis Higgs, Elizabeth George, George Orwell, John Bevere, Elizabeth Prentiss and Janet Lunn are the authors that inspire her most. When she is not writing, she is reading, playing with her cat, or practicing French. Her novels are all available on Kindle Unlimited.

<< Back to News Index